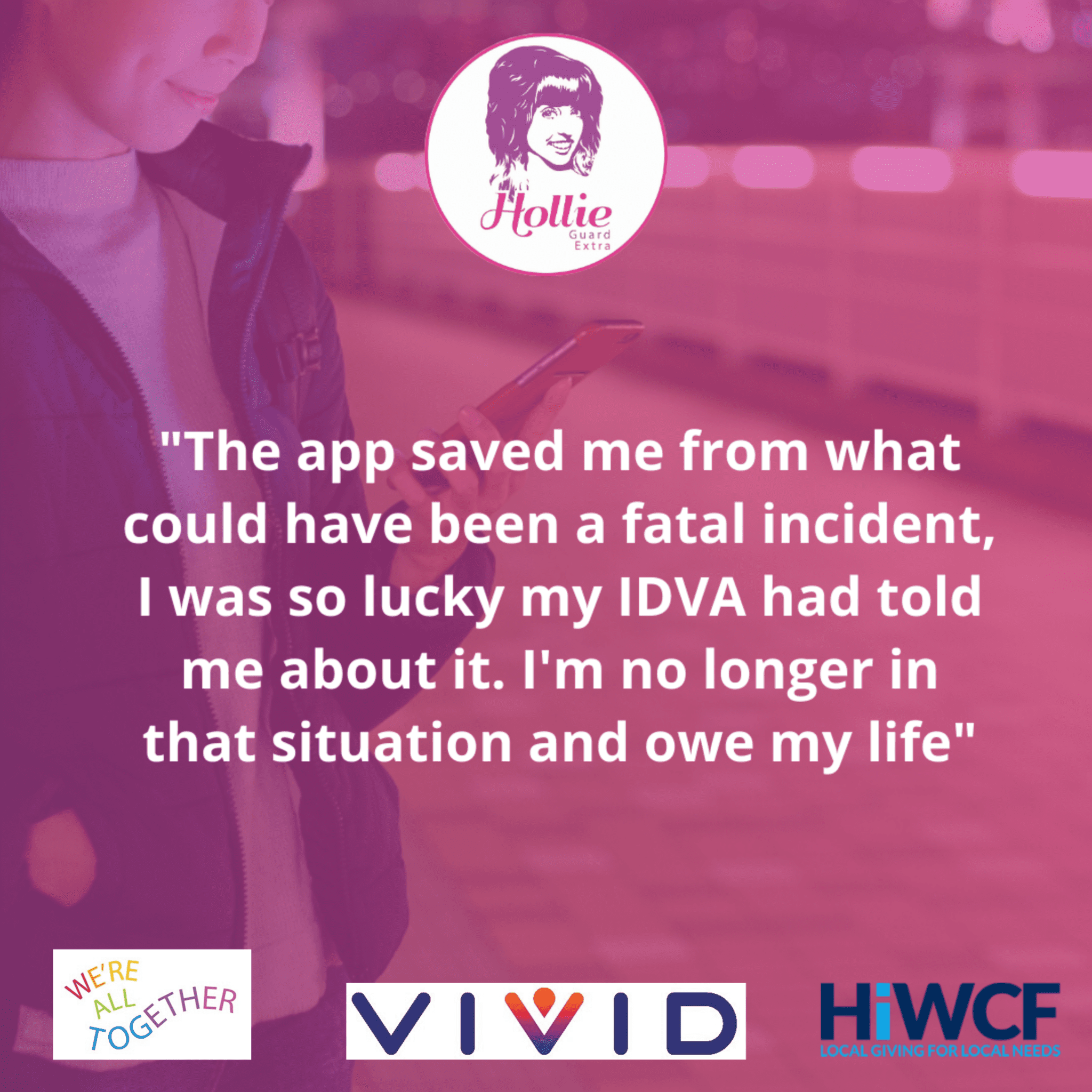 HIWCF (Hampshire and Isle of Wight Community Foundation) and leading housing association VIVID are pleased to be supporting the first Hampshire-based trials of ‘Hollie Guard Extra’, our safety service for victims of domestic abuse and stalking.

The two organisations have awarded grant funds to the Hollie Gazzard Trust from the ‘We’re All Together’ Coronavirus Fund to offer 24/7 access to a secure monitoring service app, for ten vulnerable local people.

The recipients of the service will also be supported by Hampshire-based domestic abuse charity Aurora New Dawn. This forms part of an exciting new partnership between the Hollie Gazzard Trust and Aurora New Dawn, with VIVID also being the first housing association planning to trial this technology to benefit their customers and others in the community that are at risk.

Nick Gazzard, Founder of the Hollie Gazzard Trust said: “We are very grateful to HIWCF for this grant, which has enabled us to provide ‘Hollie Guard Extra’ to people being supported by Aurora New Dawn. Hollie Guard Extra is an exciting project that we have developed which offers vulnerable people access 24/7 to a secure monitoring service through our free personal safety app Hollie Guard.”

Since the launch of Hollie Guard in 2015, the charity has received incredible feedback about the difference it has made to people who have found themselves in dangerous situations. Anyone can choose to upgrade to Hollie Guard Extra, for a small charge which covers the costs of providing it. With this grant funding 10 vulnerable people will be able to use the service free of charge for 12 months; giving them additional peace of mind during these very challenging times.

Grant Cornwell MBE, HIWCF Chief Executive said “The recent lockdown policy has led to an increase in reports of abuse within the home and we are delighted that thanks to the generosity of our partners at VIVID, this grant to the Hollie Gazzard Trust will help to protect vulnerable people.”

Jonathan Cowie, Chief Operating Officer at VIVID said: “We’re really pleased to be able to work in partnership with the Hollie Gazzard Trust and Aurora New Dawn to fund and support the first pilot of this service in Hampshire, and at a time when a national increase in domestic violence cases due to the coronavirus pandemic means that those who are suffering need help and support more than ever.”

Shonagh Dillon, Chief Executive of Aurora New Dawn added “We are delighted to be working with the Hollie Gazzard Trust on this partnership. We have long admired the work of the trust and this funding will enable us to support victims and survivors in a way we haven’t yet been able to trial. We have been inundated with referrals since lockdown and this project enables us to take our package of support further for victims of domestic abuse.”

For more information about Hollie Guard please visit www.hollieguard.com. Alternatively, to download the app for free on to an IOS or Andriod device please visit your app store.