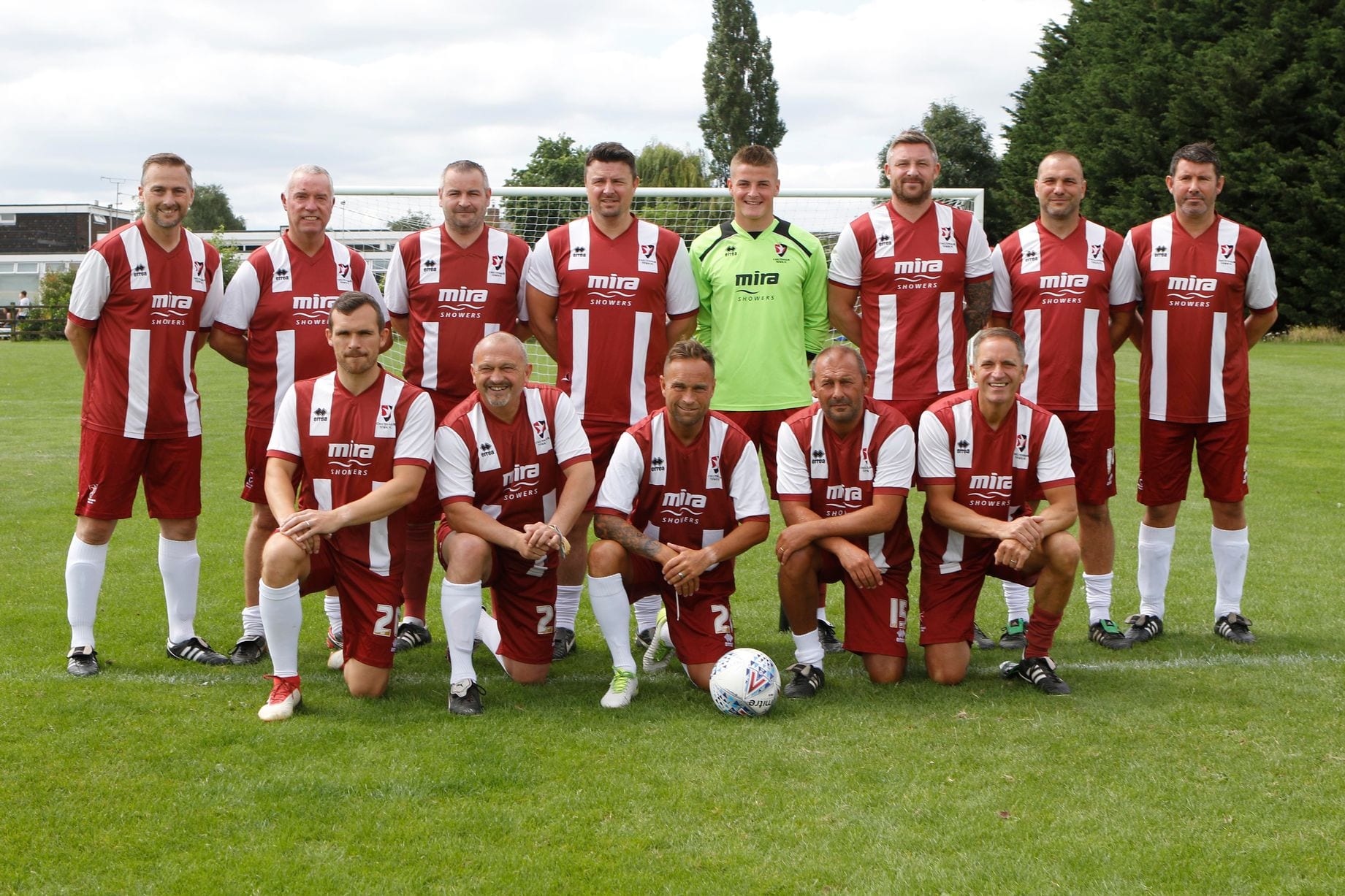 The charity was delighted to kick-off our charity partnership with Cheltenham Town Football Club by attending and participating in their annual Open Day, held at the Seasons training ground.

Supporters, management, players and staff all gathered on Sunday 28th July to celebrate the club and bring the CTFC community closer together. As the charity of the year for Cheltenham Town FC, the Trust took its place exhibiting the causes we promote and the feedback from everyone in attendance was fantastic.

The main event was a match between the Cheltenham Town Former Players Association and a select supporter’s team. As a former player, Nick Gazzard took his place amongst the ‘’legends’’ team and did us proud – despite feeling a tight hamstring in the second half. 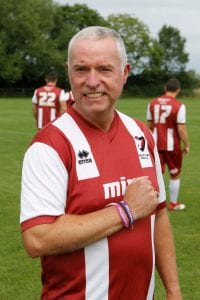 Nick said: ‘’What a fantastic occasion for Cheltenham Town Football Club. It was great to see players past and present in attendance and for, us as their charity, to engage with supporters and people associated with the club is so important. It’s a huge opportunity for us to continue to spread the message and reach a wider audience. We’re grateful to Cheltenham Town for putting on a great day and from our perspective it was a huge success. My legs are aching today but it was great to see some old friends and put on the Cheltenham kit once again!’’

This is an exciting opportunity for the charity and there are lots of important events coming up during the 2019/20 football season that we’ll keep you up to date with. In the meantime, we’ll be cheering on the team and wish CTFC a successful season both on and off the pitch 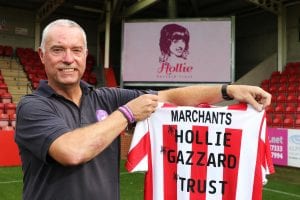 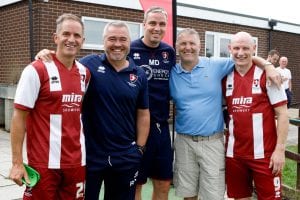