Hollie Gazzard Trust to Team up with Knife Angel 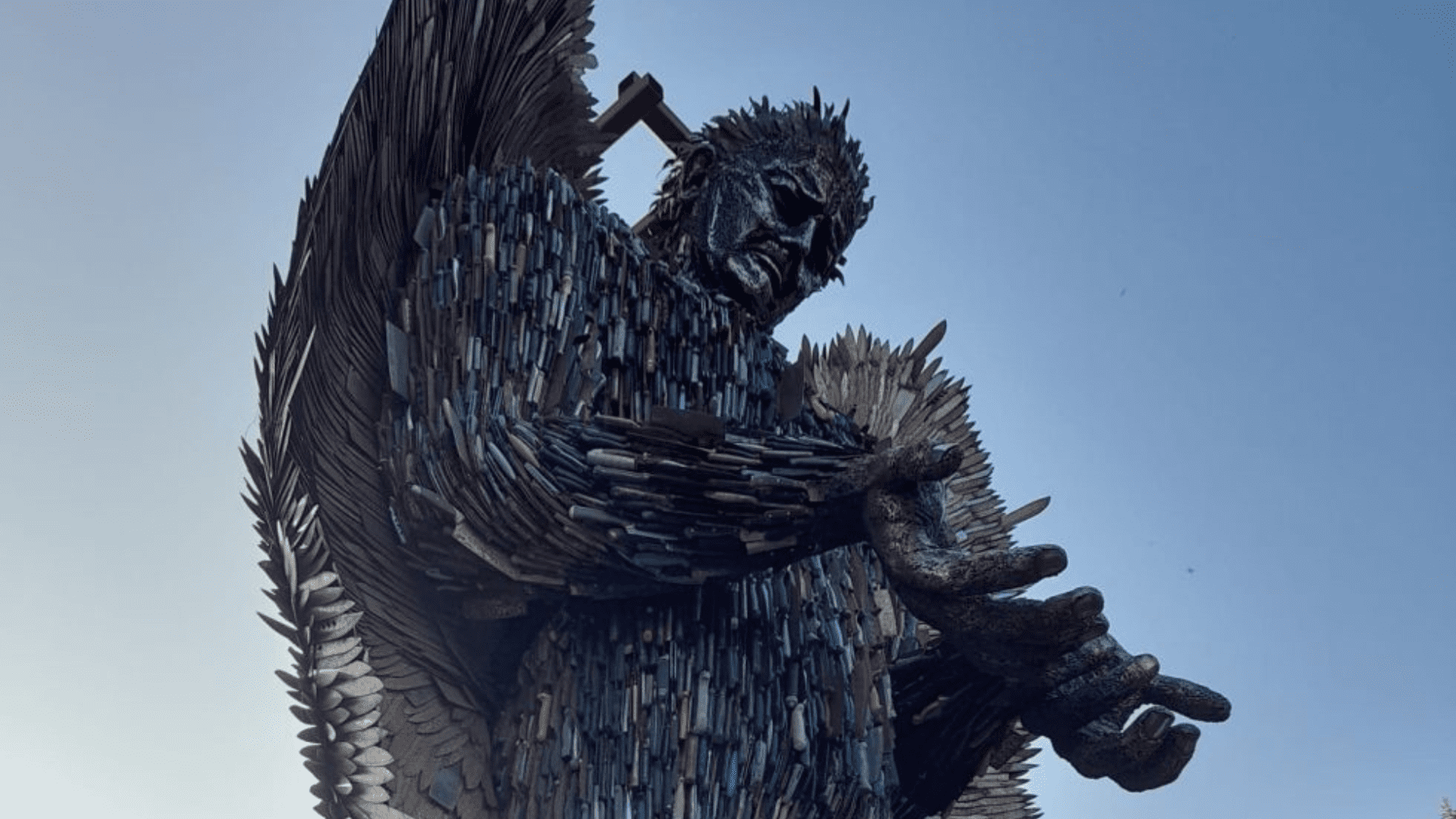 Throughout February 2023 a 27-foot-high sculpture, the Knife Angel, is coming to Gloucester Cathedral as part of its National Anti-Violence Tour.

The Knife Angel is made from over 100,000 bladed articles seized by police across the UK, and weighs 3.5 tonnes, has been created to remember those lost to knife crime. Its arrival in Gloucester will be backed up by a month-long series of events, workshops and other activities across the city involving a range of organisations and people of all ages and backgrounds.

We know too well the devastating effects of knife crime, with Hollie tragically stabbed to death at her place of work, Fringe Benefits in Gloucester, on February 18th 2014 by her ex-boyfriend. Hollie suffered months of obsessive behaviour, jealousy, and harassment before falling victim to knife crime. The charity is set up in her name by her family, with a goal to prevent other victims and families having to go through what Hollie and her family had to go through.

On Friday 17th and Saturday 18th February the Hollie Gazzard Trust will be at the Knife Angel with a stall, available to engage with the public, raise awareness of knife crime, domestic abuse and stalking. Staff and volunteers will also give demonstrations of Hollie Guard, our free to download personal safety app, in the Eastgate shopping centre.

Both days will be dedicated to raising awareness of Violence Against Women and Girls and Schools, residents and local businesses, will be encouraged wear purple to remember Hollie and all those have lost their lives to violence. The Gloucester Cathedral itself will be lit up in purple lights, along with Gloucester’s King Square to commemorate the event.

Nick Gazzard, Hollie’s father and Founder and CEO of the Hollie Gazzard Trust said: ‘’The Knife Angel coming to Gloucester is a great way to raise awareness of how devastating knife crime can be. There have been too many incidents over the years. The charity dates to be at the sculpture coincide with the 9-year anniversary of Hollie’s death, so it’ll be a very poignant occasion, and myself and all at the charity would love to see many people there over the course of the two days.’’

Hollie’s story has touched the hearts of many. Her family and the charity want to turn tragedy into something positive, providing a safer future for all, just as Hollie herself would have done. 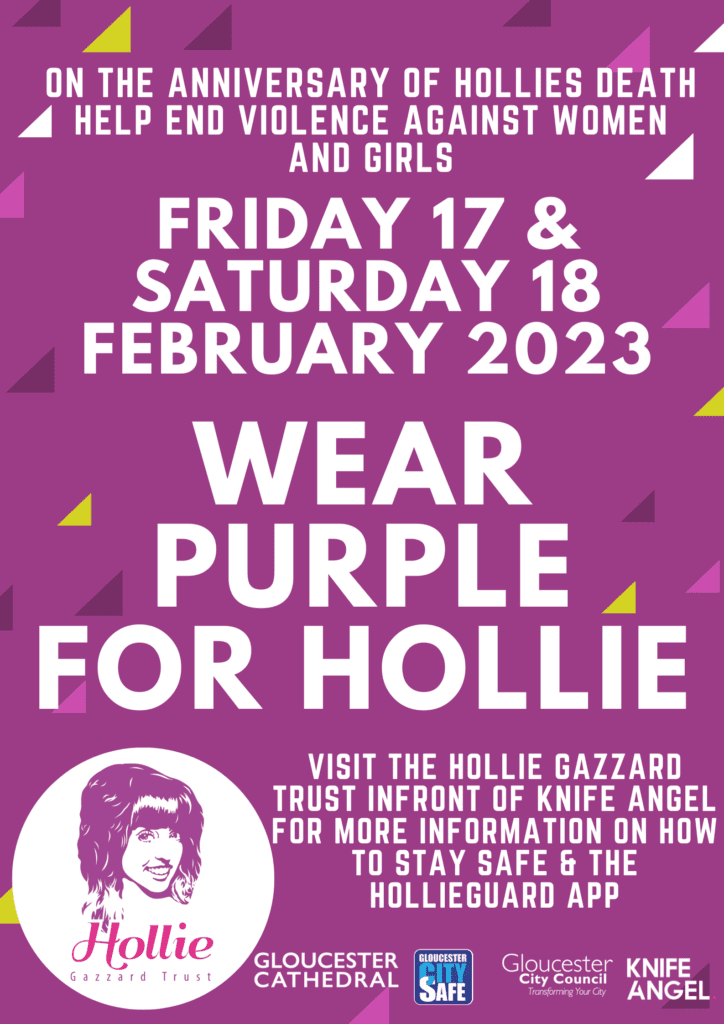 Latest NewsHollie Gazzard Trust to Team up with Knife Angel