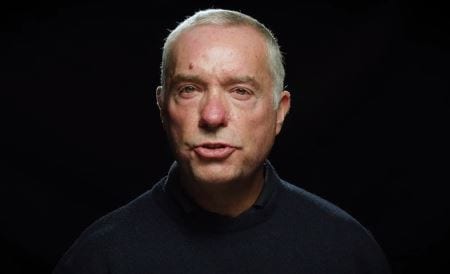 Staffordshire Police has teamed up with the family of a woman who was killed by her stalker to promote the personal safety app they launched in her memory.

Hollie Guard transforms mobile phones into personal safety devices, and once activated it allows users to raise the alarm by shaking or tapping their phone if an emergency arises. They can set it to send a discreet warning signal to their emergency contacts, along with their exact location, audio and video recordings of what is happening. Alternatively, it can be used as a deterrent where activation triggers a loud piercing siren and strobe lighting to attract attention and help.

The force promoted the app when students started back at university in September, but is now encouraging wider use as part of the ‘Let’s Talk Stalking’ campaign which is running during November.

Nick Gazzard said: ‘’Hollie Guard has genuinely saved lives. We know this from messages we get from people through social media that have used it. It’s fantastic to be working with Police Forces throughout the UK to reach people who need it the most. It’s always been a free app as we want to include absolutely everyone and have no limitations to who it can help. It was designed with stalking and domestic abuse in mind, but many have activated the app in other day-today situations such as; walking to/from work or school alone, people who work alone or for those who just want extra comfort knowing they have this device to hand. The Let’s Talk Stalking campaign has been great exposure for Hollie Guard and we’d like to thank Staffordshire Police for getting us involved. We hope many more people can benefit from it in future and have Hollie as their Guardian Angel.’’

Detective Chief Inspector Paul Cooke, force lead on stalking and harassment, said: “As part of our ‘Let’s Talk Stalking Campaign’ we’re encouraging people who feel worried about going out alone to download the Hollie Guard app. Sadly, Hollie is one of the many stalking victims who lost their life at the hands of their stalker. We’re very thankful to her dad Nick for supporting our campaign.

“We want people to recognise the FOUR behaviours that are warning signs that someone is stalking you; fixated, obsessive, unwanted and repeated. This behaviour is NOT normal and it shouldn’t be ignored.

“If you think you’re being stalked please seek help now. You can private message us on Facebook or Twitter, report it online or call 101. You should always call 999 in an emergency.”

To download Hollie Guard to your phone, please visit www.hollieguard.com to register your details and create an account. Then go to your app store to search for Hollie Guard and then download. You can then log-in using the details you have registered prior to downloading the app.