Huge turnout for walk in memory of Hollie Gazzard 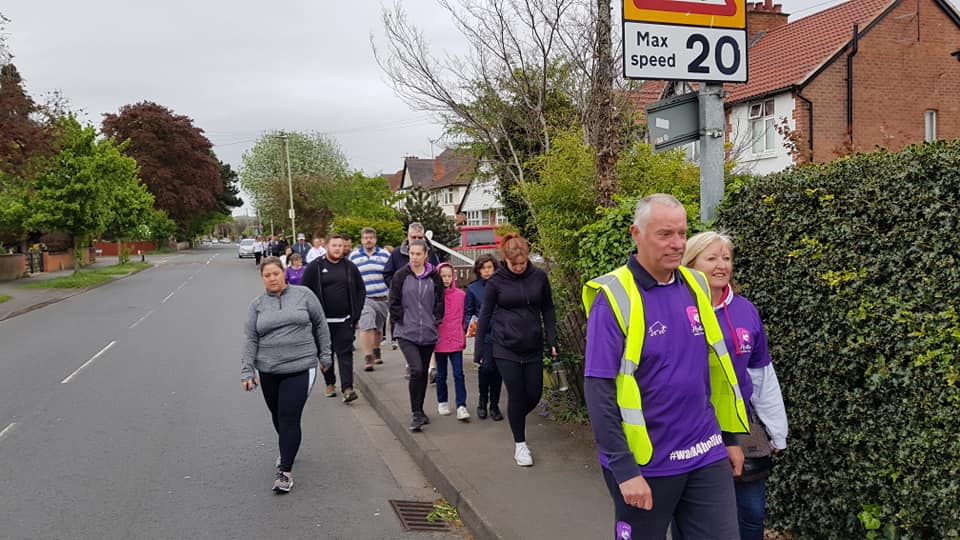 “The walk is about remembering Hollie and keeping awareness of domestic abuse in the public eye”.

Those are the words of Nick Gazzard, speaking at the poignant remembrance event five years on from her death. Ever since the 20-year-old was killed by her ex-boyfriend Asher Maslin, at the hair salon where she worked, Hollie’s family and friends have worked tirelessly to raise awareness of domestic abuse. The dangers of it and its impact was at the forefront of people’s minds as they took part in the annual ‘Walk 4 Hollie’ on Sunday. More than 150 participants set out from the King Edward VII pub in Longlevens, where Hollie once worked, on the five mile route. From 10.30am, we headed through Longford, St Oswalds and back in the direction of Cheltenham Road to the location where they started.

The Hollie Gazzard Trust, set up after her death in 2014, helps reduce domestic violence through creating and delivering programmes. It promotes healthy relationships to schools and colleges and in addition, funds hairdressing training for young people who may not be able to afford it themselves.

Thank you to everyone who joined us on the walk and helped us raise lots of awareness and nearly £1000 for the charity.

Our next fundraiser is the Quiz Night at Brickhampton Golf Complex on Sunday 9th June 2019, from 7pm. If you would like to join us and ITVs The Chase Paul Sinha, our quizmaster for the evening, please visit: https://holliegazzard.charitycheckout.co.uk/cf/Hollie-Gazzard-Trust-Quiz-Night-2019