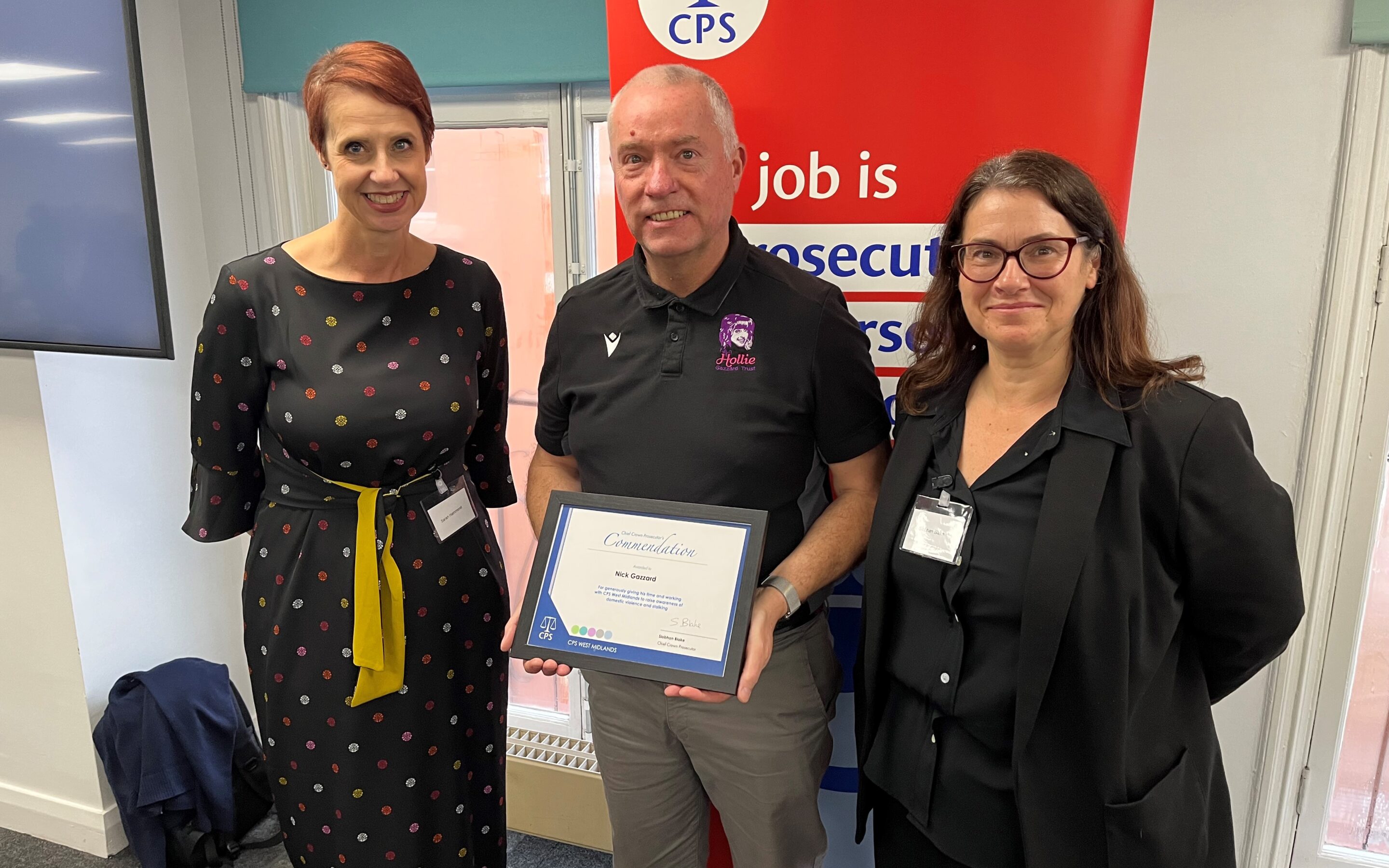 Hollie Gazzard Trust CEO and Founder, Nick Gazzard, was presented with a commendation for his work on campaigning to end Violence Against Women & Girls (VAWG) and stalking by the West Midlands Crown Prosecution Service (CPS). Nick has also provided ongoing training to staff at West Midlands CPS.

An estimated 1.6 million women aged 16 to 74 suffered domestic abuse in England and Wales in 2020, and around 5.1 million women aged 18 to 74 were victims of some form of abuse as a child. Tragically, in the year ending March 2020, 81 women were killed in a domestic homicide.

The Hollie Gazzard Trust and Nick Gazzard work tirelessly to save lives by building individual and community resilience to domestic abuse, through raising awareness, educating young people and prevention via our free to download personal safety app, Hollie Guard.

Siobhan Blake, Chief Crown Prosecutor at West Midlands CPS, said: ‘‘It was a privilege to welcome Nick to speak at the CPS West Midlands conference. The work he undertakes to raise awareness of domestic abuse and stalking is inspirational and we were delighted to recognise the ongoing contribution he makes to the cause of tackling violence against women and girls.’’

Nick said: ”I’m honoured to have received this commendation and to be able to work alongside the CPS. The aim has always been to prevent other victims and families from having to go through what we had to go through, by providing a safer future for all. The West Midlands CPS have been great to work with on this common goal.”

You can download Hollie Guard for free via your app store. 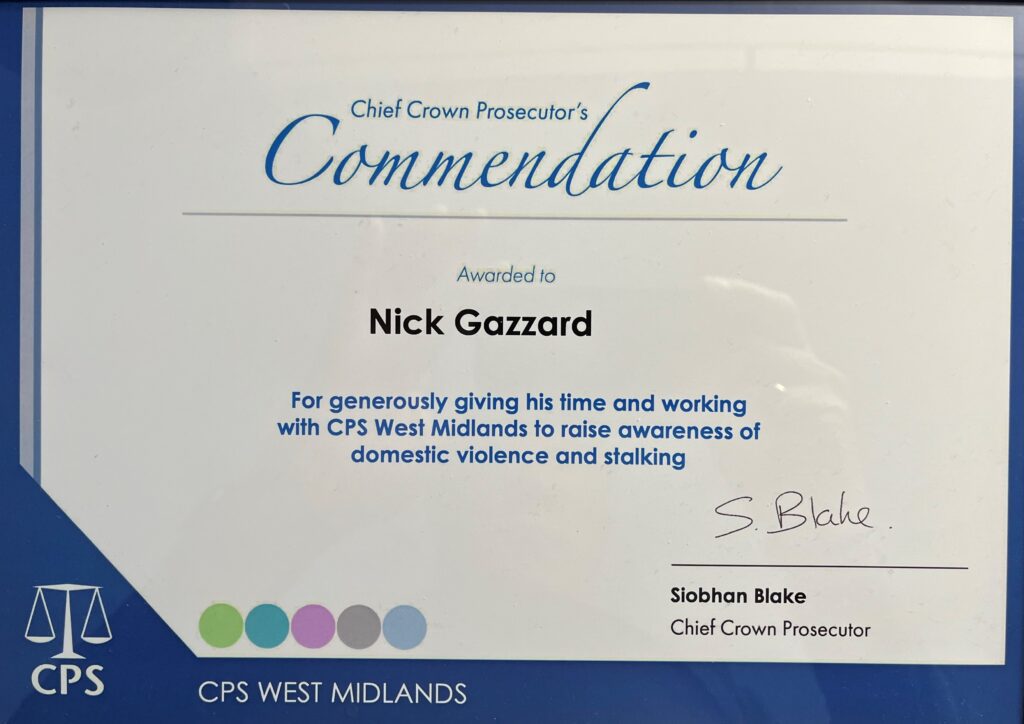