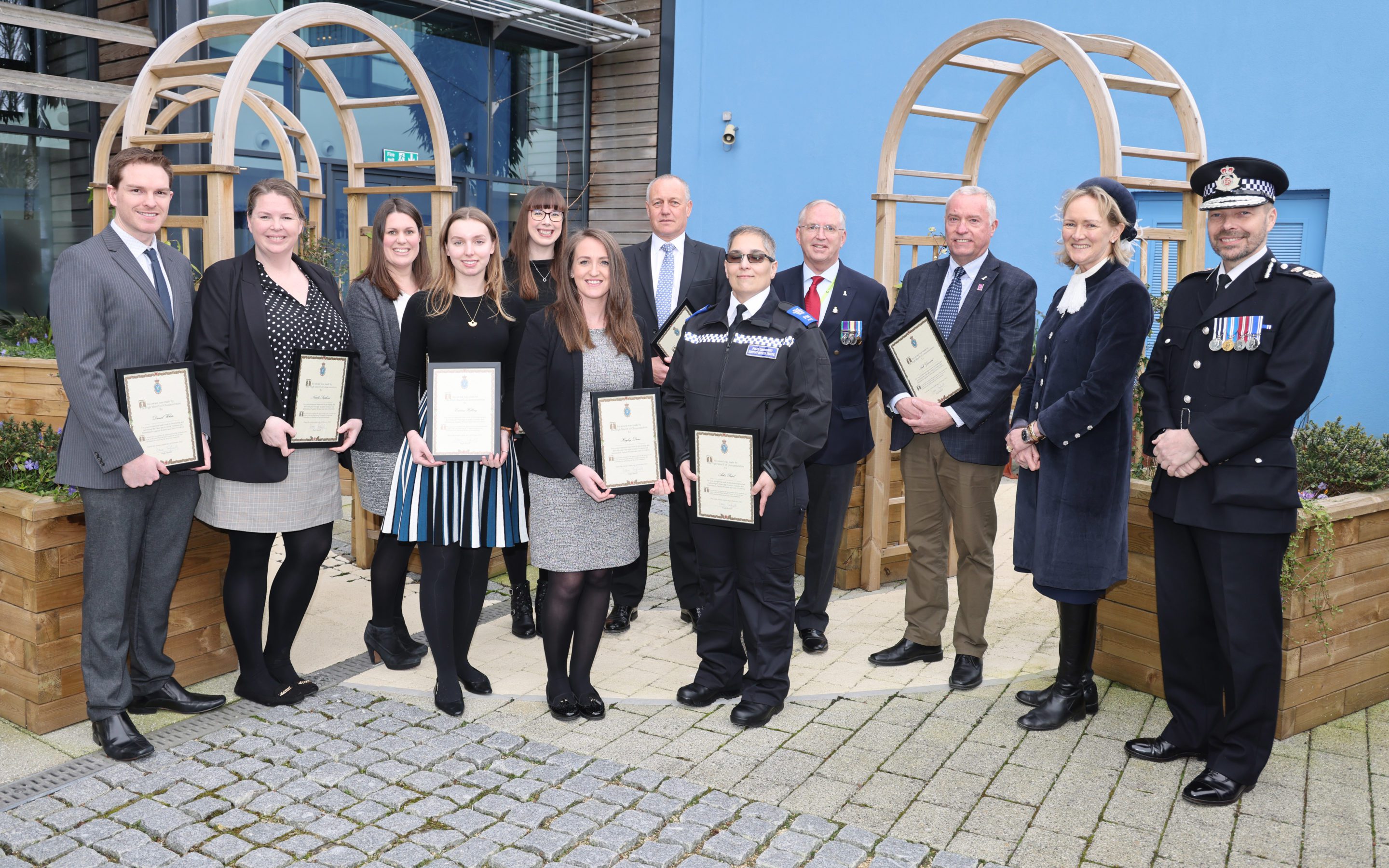 The High Sheriff’s Awards are designed to reward police officers, police staff, volunteers, charities and community groups who devote their time and energy to improve the communities in which they live and work, to make Gloucestershire a better and safer place.

The recognition comes for exceptional teamwork in developing and delivering the Flare app to tackle Violence and Intimidation Against Women and Girls (VIAWG). Violence against women and girls is under reported, so Gloucestershire Constabulary set out to change this dynamic through the successful development of the anonymous reporting mobile application, Flare.

‘Flare’ is a Safer Gloucestershire app, created for women and girls, to anonymously share their experiences of how and where they’ve felt unsafe. The app helps local agencies understand how and where you feel unsafe and take action. It’s anonymous, quick, free to use and can connect you to support and advice in Gloucestershire.

Nick said: ‘It’s an honour to work on developing the Flare app with such a great group of people. The Hollie Gazzard Trust is passionate about keeping people safe and to help women and girls in Gloucestershire is so important. Flare can work alongside our free app, Hollie Guard, to report areas and experiences where they feel unsafe. Hollie Guard has numerous features including monitoring journeys, meetings and setting off alerts. They work together very well.”