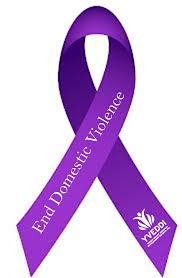 A pioneering a new scheme of lessons for Gloucestershire schools which they hope eventually will became a permanent part of the national curriculum was launched last Tuesday at Ribston Hall High School.

We will be funding Gloucestershire Domestic Abuse Support Services to educate teenagers across the county after excellent results came back from pilot lessons held at Ribston Hall High School.

The all-girl academy had small groups of their year 11 students taught about spotting abuse in all its forms, including physical, mental, verbal and financial. It also focused on responsible use and potential dangers of social media including Facebook, Twitter, Instagram and Snapchat as well as the potential pitfalls of sending sexually explicit texts or pictures.

GDASS also provided the girls with sweets which have their helpline on it so would not be noticed by a potential perpetrator but could be a lifeline for them.

Nick went to see the very first lesson and said the response had been “fantastic”. “Pupils themselves were really delighted with what was delivered,” he said. “A lot of the comments were really, really positive. I am delighted.” He added that they were looking at rolling it out across the county but was also trying to gather support from political parties to take it national. “I want to make sure all young people are aware of the dangers, that they can identify the factors that lead to an unhealthy relationship and what it can lead to,” he said.

Assistant head Jacqui Cushing said the school was honoured to be part of the pilot scheme. “What they are learning is absolutely vital because they can transfer it to others,” she said. “We think this is a really good programme because it deals with issues they are more comfortable talking about with this group rather than teachers. The girls may not be affected personally by domestic abuse or at this stage in their life but allows them to deal with the problem in the future if they face a difficult situation.”

GDASS advisor Lisa Stokes Woodward said young people often did not know they were in an abusive relationship because they had nothing to compare it to. “We’re really looking forward to it bringing this around the county, we’re very excited,” she said. “It is one of my passions getting into schools early and talking with young people about what makes a healthy relationship. We hear often that children meet up when they are very young and stay in relationships which are actually quite horrendous. It will give them the tools they need to understand the situation and tell them where they can get help and what they should do.”