The Intervention Initiative: The Pilot

How would you help a family member, friend or neighbour who you suspected to be in an abusive relationship? How could you do this safely? In fact, would trying to intervene even cause more harm to the victim? These are tough answers to give and not straight-forward.

Over the course of March 2018, our Chairman Nick Gazzard, Sarah Pinkney, GDASS, and Emma Provins of Skylight9 delivered a pilot three-part workshop called The Intervention Initiative to 9 Gloucestershire based participants. The aim of the course is to raise awareness of what domestic abuse is, how to identify and how, as a bystander, you might be able to intervene safely and for the benefit of the victim involved. The intervention Initiative has been devised especially for businesses, communities and families, and is a version of the Bystander Intervention Initiative currently delivered in many Universities. 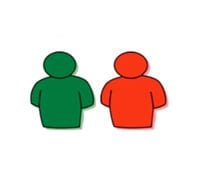 Nick Gazzard said: ‘’We want to run these workshops to educate people on how they can safely intervene for all involved with domestic abuse. With what I have learned by delivering the workshops, knowing this information 4 years ago I may have been able to help Hollie and intervene.’’

An abusive relationship does not necessarily involve physical violence. Unfortunately, in many circumstances it does. Non-violent abuse is prevalent and identified as coercive control – the control of a persons emotions, finances, whereabouts and even isolation from friends and family. For all types of domestic abuse there are patterns of behaviour to look out for and different ways of getting involved as a bystander. For many, the instant feeling is to ‘’rescue’’ the victim by confronting the abuser or trying to bring the relationship to an end. Too often though this is not the safest method.

The Intervention Initiative can be delivered to anyone. Not necessarily for victims of domestic abuse, nor do you have to know someone who is suffering. The programme is designed for community members to learn more about domestic abuse, and how they can help combat it by learning skills to intervene as a positive bystander. When bystanders intervene, for example by signalling their disapproval of a behaviour, the wrongdoer receives this message – and so do other people around them. The Intervention Initiative works with participants in a positive and empowering way to think about scenarios and helpful behaviours which could help make a difference and make the community safer for everyone. You should however, consider that domestic abuse is a sensitive topic and you might find some of the content distressing.

The participants, who were aged from 16 to 40 years old and a mix of males and females, were taken through a process of safe intervention. Initially what the definition of domestic abuse is, what coercive control involves and how to spot signs. In addition, learning the behaviour of an abuser, the things they might say and how they behave. The workshops developed in to discussions of how a bystander could directly or indirectly intervene. So, when to reach out safely or when to call for advice or even the police.

A participant said: ‘’This has been really eye-opening for me. Everything we have learned and talked about are real-life type scenarios. Safety has been the key to all of this and how to stay safe for a victim. I didn’t know what to expect before the course began, but now I think I’ve gained some really useful skills – which if it helps one person in my life, then it is 100% worth it.’’

Another participant said: ‘’Coming on this course has really changed the way I think. The detail has been precise and it is actually a social science. Just listening to someone who thinks they having some ‘’banter’’ but in actual fact they are being sexist or inappropriate shouldn’t be accepted as a social norm. This would confirm to an abuser they are correct in what they are doing. It’s been a huge learning experience and fascinating.‘’

The pilot was also evaluated by the lead researcher, Dr Rachel Fenton from Exeter University along with Dr Cassandra Jones. Nick Gazzard is now working with Dr Rachel Fenton and is on a steering group looking to roll this out to other organisations throughout the country.

WATCH THE VIDEO BELOW OF NICK GAZZARD: 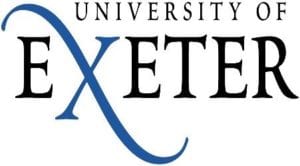