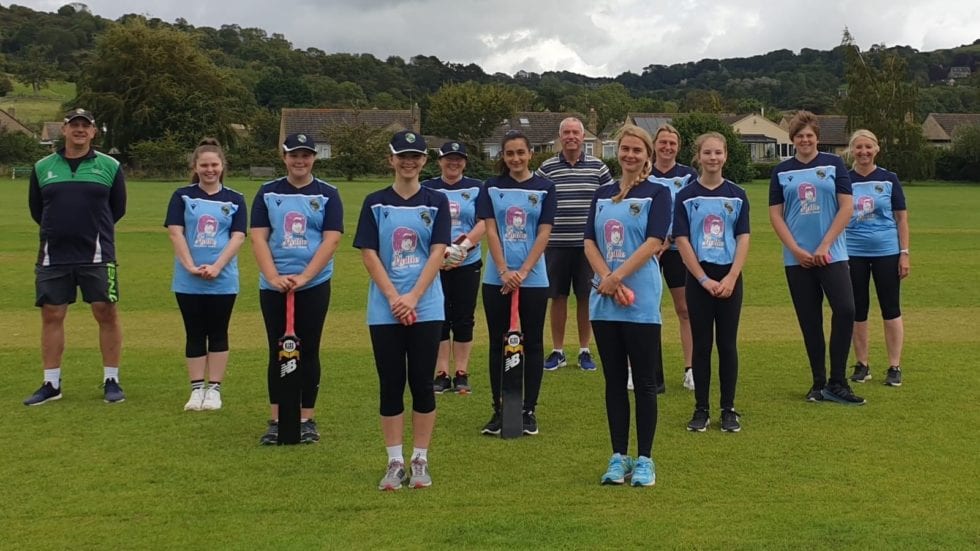 The charity is delighted to announce a new partnership with the Woodmancote Saints CC Women’s Soft Ball Team. They will wear shirts bearing the Hollie Gazzard Trust logo and help to raise awreness of issues around reducing domestic violence and promoting healthy relationships.

Paul Goring, the clubs Junior & Womens Cricket Manager, confirmed “The awareness and practical personal safety work that Nick Gazzard and the Trust are doing in memory of his daughter Hollie is extraordinary; part of what the club is eager to share with our players is the progressive work of the trust, the courses they offer and the fantastic tool that is the Hollie Guard App.”

“The safety and happiness of our players is key to introducing them to the new sport of cricket and this partnership can only help us to deliver that.”

“The fact that Nick a former Cheltenham Town footballer is also a former Woodmancote CC player (and accomplished batsman) makes this partnership all the more relevant and positive.”

Nick Gazzard added ‘I am delighted with our partnership with Woodmancote Saints Woman’s cricket team. The Trust is all about raising awareness, educating and keeping people safe and this partnership will give us the opportunity to introduce our personal safety app Hollie Guard and deliver other accredited sessions to the team.

Having met the team and watched them play I am excited with the partnership and what it can achieve. It is a great feeling to come come back to the club where I once played cricket.’

Sam Dunne (Vice Captain Woodmancote Ladies Cricket Club) added “When our team manager announced that we were to be linked with the Hollie Gazzard Trust Charity we were both pleased and humbled and on a wet and windy match day we were presented by Nick (Hollie’s Dad) with our new team shirts which proudly displays the Hollie Gazzard charity logo on the front.”

“As a ladies cricket team with an eclectic mix of ladies of varying ages and backgrounds it is a very relevant and meaningful charity for us to be affiliated with.”

“It is shocking to think that almost one in three women aged 16-59 will experience domestic abuse in their lifetime. As a key worker myself supporting children and young people in care I recognise the importance of championing vital programmes such as those offered by the Hollie Gazzard Trust.

The Trust is delighted to feature on the shirts of the team and help spread vital awareness of the work we do. Looking forward to a great season with Woodmancote Cricket Club Ladies Team.